Kaikorai Valley College is a school with a very proud tradition of academic excellence and achievement in a range of fields.  We acknowledge the need to produce well rounded citizens in all walks of life.

At Kaikorai Valley College we recognise the individual passion of students and cater for the variety of different career pathways available in the 21st century and beyond.

Students are taught to excel in the career pathway they choose, whether that be University and Polytechnic study, Trade Training, Service Industries, Creative Industries, Primary Industries or some other pathway.

The key ingredients to success are the quality of teaching taking place in the classroom, and the relationships formed between student and teacher. These two factors along with our school values (PRIDE) are the driving force behind the excellent education here at the College.

Students from our school have gone on to become extremely successful members of society, in a plethora of career pathways. 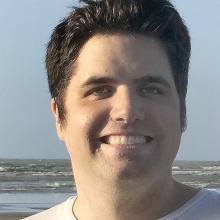 As a student at Kaikorai Valley College, Corwin was regularly performing with the Dunedin Youth Orchestra, the Southern Sinfonia Academy and the Southern Youth Choir. He also had some of his compositions recorded by the New Zealand Symphony Orchestra.

He is now a software developer at Radium NZ in Petone and still composing music. He has a Bachelor of Music with first class honours ( in composition and performance piano ) and a Bachelor of Arts majoring in computer science. He won the Philip Neill Memorial Prize in music, a composition competition open to past and present students of New Zealand universities in 2012 and 2018. 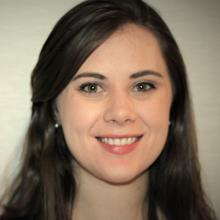 Rosie is an international programmes specialist at Tearfund New Zealand and works with community development partner organisations to deliver programmes in India, Nepal and Indonesia. Her monitoring work often involves travelling to remote, hard-to-reach communities and in 2018 she led Tearfund to support its local partner in an emergency response to an earthquake and tsunami in central Sulawesi, Indonesia.

A Pacific Women’s Watch New Zealand board member since 2014, she was recently appointed its international secretary. 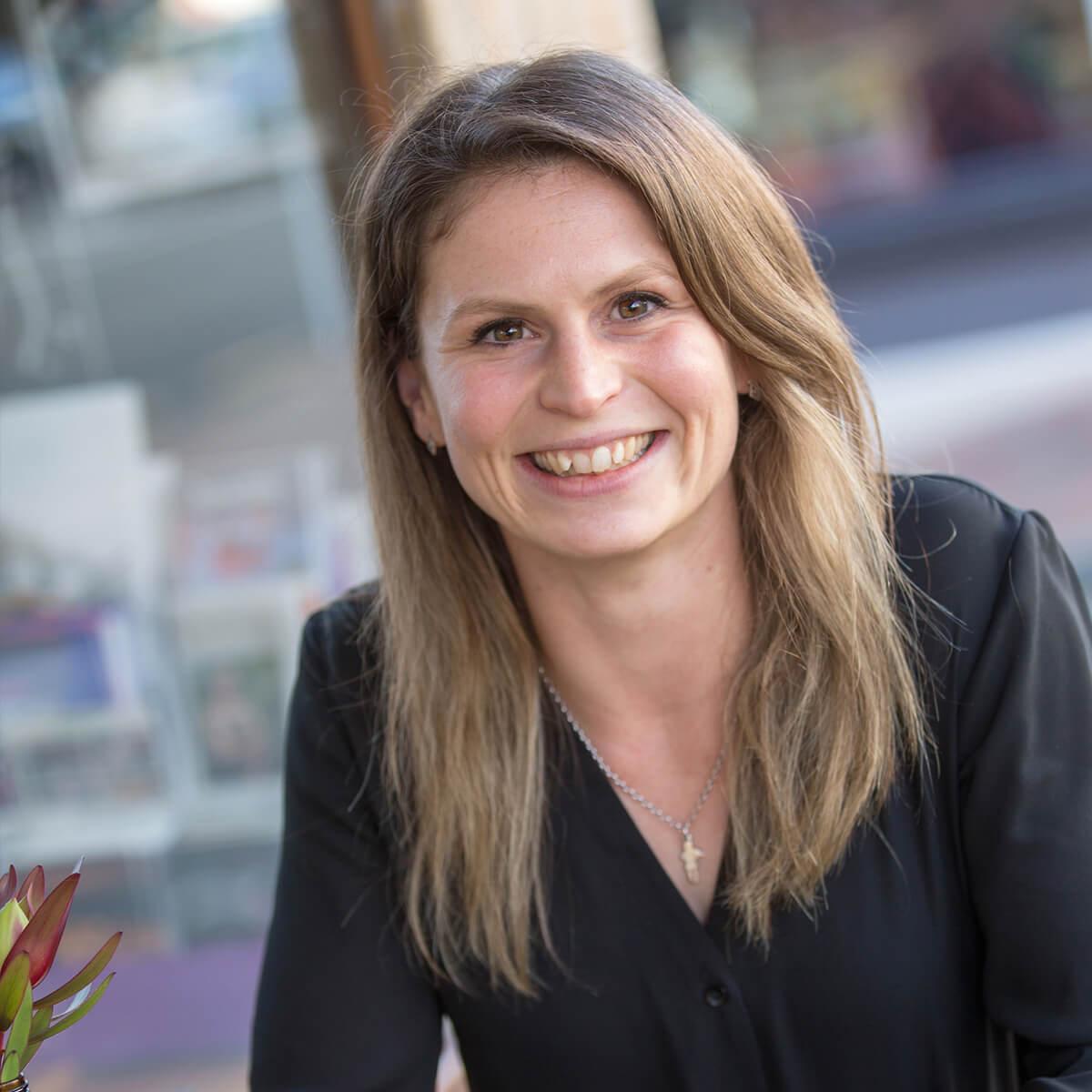 Fiona, who holds a BApp Sc (Hons ) degree from Otago University, is a partner at Abacus Bio Ltd, an agri business consulting company.

She specialises in the design and simulation of breeding programmes and optimisation, bringing to her clients her deep background in data analysis and inference. Projects she has been involved in include adding value to bovine genetics, ICBF Dairy beef index development and wagyu genomic evaluations and optimised mating allocation for Brownrigg agriculture.

Fiona is also a very talented athlete, specialising in sprint events. She won the New Zealand junior women’s 200m title in 2007 and retained this at the national championships in Auckland in 2008. She was also a member of the gold medal winning Otago senior women’s 4x100m relay team at that event. 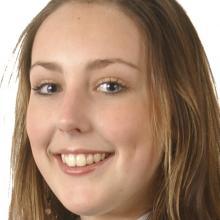 Samantha always had a passion for performing arts and was a highly accomplished dancer while at school, performing in numerous productions and local dance competitions. After moving to Australia at the age of 18, she worked as a dancer in film clips, as a back up dancer on stage and as an extra in Home and Away.

She now lives on Australia’s Gold Coast, where she is sales manager for the fitness programme, Ashley Bines bikini body challenge, and the Ashley Bines transformation centre. She is involved in NEV HOUSE, a company that helps house those affected by natural disasters, has her own lip balm line ( which her father makes in Dunedin ) and continues to dance. 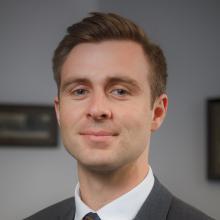 Peter is one of three brothers to have been dux at Kaikorai Valley College and has completed a Finance and Physics degree and a Post Graduate Diploma in Business Administration through the Otago University MBA programme.

He is a University of Otago Strategy and Policy adviser, an Otago chamber of Commerce board director and an advisory board member for Kaffelogic Ltd and Genetics Otago. He has also been involved in Ignite Consultants and set up The Foot, a not-for-profit group that works to raise awareness about environmental sustainability.

His current employment is as a Manager in Deloitte’s Strategy Consulting team with a focus on helping organisations transform for a low carbon economy. 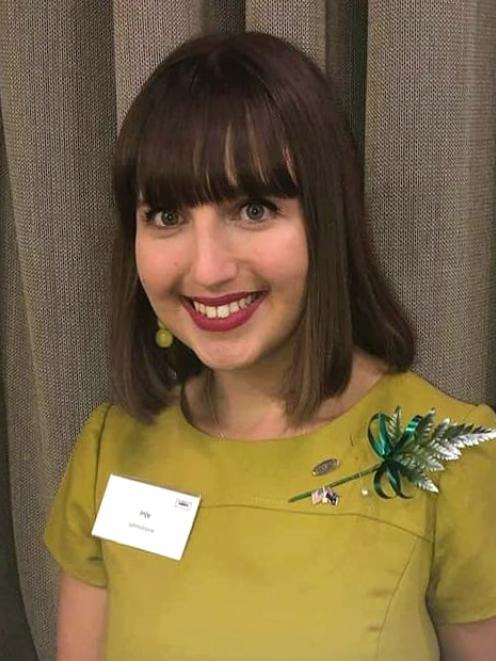 Injy is a passionate environmentalist who displayed leadership in this area while at school when she attended the United Nations Conference on Sustainable development Rio+.

She graduated with a BSc in Environmental Science from Otago University and then went on to finish her LLB ( Hons ) from Victoria University as well as completing a BA in Public Policy and Development Studies extramurally through Massey University. Currently, Injy is studying for a Masters Degree, Energy, Environment and Natural Resources Law at the University of Colorado, Boulder, having been awarded a Fulbright Science and Innovation Scholarship.

She has been involved in the New Zealand climate change movement, Generation Zero, as National Administrator, is on the Board of Endangered Species Foundation, a registered charity committed to preserving New Zealand’s indigenous flora and fauna, and she has conducted climate research at NIWA as a Peter Blake Trust Ambassador and worked as a Policy Analyst in the Climate Change team at the Ministry for Environment. She is also the New Zealand representative to the UN Sustainable development Solutions Network and sits on the UNESCO Youth Reference Group.

In 2018 Injy was the recipient of a Leadership Award at the New Zealand Youth Awards and was ultimately named as the Senior Supreme Award winner.

Robert is an acclaimed New Zealand film-maker, script writer and director who began his film making while at KVHS. His short film, David, won the Spot On video making competition for Best Film in 1985.

To date, Robert has made three full-length feature films: Scarfies (1999), Out of the Blue (2008) and Two Little Boys (2012). His feature debut, Scarfies, won several awards, including Best Picture and Best Director, at the NZ Film Awards. Out of the Blue, based on the 1990 Aramoana massacre has won six Qantas Film and Television Awards and also won Best Film at the NZ Film and TV Awards.

One of his most recent projects was the multi award winning Jean Batten biopic titled Jean.

In 1994 he was awarded the Sunday Star Times Bruce Mason Playwriting Award and in 1995 he won the Chapman Tripp Theatre Award for Best New Zealand Play for his 1994 work, Saving Grace.

In 1998 he was awarded the Louis Johnson New Writer’s Bursary.

He co-wrote the script for the well known New Zealand feature film, Scarfies (1999) and his debut novel, Two Little Boys, published in 2008, was made into a film, directed by his brother, Robert Sarkies. He has also written for the television series, Flight of the Conchords.

Anthonie completed a music and history degree at the University of Otago.

Since then he has gone on to become an accomplished songwriter and performer who has toured extensively throughout Australasia, North America and Europe.

Since releasing his debut EP, Love and Economics, in 2008, he produced two further albums with his band, Tono and the Finance Company but he has now established himself as one of New Zealand’s most well regarded solo singer-songwriters.

Stephen is a Professor of Economics at the University of Otago and has published extensively in his main areas of research: experimental economics and the empirical modelling of economic growth and development.

After completing his PhD at Otago University, Stephen went on to become a lecturer then senior lecturer and was appointed as Associate Professor in 2006. His appointment as Professor in 2018 is recognition of his academic commitment in his chosen field of economics.

Derek is a well-established New Zealand painter, sculptor and stage designer who attended Wellington School of Design from 1976-1978.

Working across various mediums and styles, his practice often delves into obscure art historical and cultural resources, and is always motivated by strong environmental concerns and imbued with a distinctly punk sensibility.

In the 1980s, he regularly exhibited with Peter McLeavey Gallery in Wellington before moving to London where he worked as a scenic painter for the National Theatre and as an award winning visual artist for film and television, while continuing to make and exhibit his own work.

Following many years living in London, Derek returned to Wellington in 2016, where he continues to exhibit regularly.